Jammu, popularly known as “City of Temples” is a beautiful city in the Union territory of Jammu and Kashmir. The winter capital is located on the bank river Tawi. The generally accounted civilisation history of Jammu as a whole can be traced back to late Harappa period as Manda, the uppermost limit of Harappa civilisation happens to be identified with Akhnoor area in Jammu.

Let us begin the journey

1. Jammu city and its vicinity

Upon reaching City of Temples, one can get accommodation easily within 5 km radii depending upon his/her arrival by rail, road or air. There are many places especially temples in jammu. Since, it is famous for temples, one can easily visit temples as most of the temples are not crowded except on Tuesdays.

Akhnoor is an ancient town situated nearly 30 km from Jammu city. It has been identified as the northern most limit of Harappa Civilisation. The town of Akhnoor has at least 4 historical points within its vicinity. Out of these 4 points, 3 are close to each other while the other is 2 km apart. This rich cultural town has one of the oldest identified Buddhist sites in J&K and perhaps the oldest in Jammu namely "ancient ruins of Ambaran" in village Ambaran just below new Chenab bridge. The other three include Pandava temple, Akhnoor fort and Jio pota ghat. One can even enjoy the turbulent yet soundless Chenab (only in Akhnoor) from these sites.

3. Twins lake of Surinsar and Mansar

Recognized as Ramsar wetland sites, one can enjoy boating in the lake of Mansar and enjoy local cuisines. Both lakes are revered by locals and even temples are dedicated to Nag devta. One can also spot a Haveli of the Dogra era although it is in ruins but efforts are made by the Govt to save such heritage. Lake Surinsar even has an island dedicated to local deity but it is inaccessible. The Govt of J&K has come up with a trekking platform for amusement purpose to attract tourism. one can spot barking deer, neel gai and can even enjoy camel ride on the bank of Mansar lake.

If one wants to get a glimpse of ancient temples of Nagara style, Udhampur is the best place to visit. The temples dated back to 8th century A.D and are a treat for any architecture lover. Some of them are in ruined state and others utilised by locals for worship. Manwal in Udhampur has 4 temples namely, Dera temple, Nand Babour, Devi Bhagwati and Kala Dera I & II. Jallandara Devi temple in Ladden village is another example of architectural beauty. Although, these temples are small in size but the carving on stones and sculpture abundance can give one a glimpse of Nagara style temple architecture (north Indian style). Another temple locally called as Pandu temple is Group of Temples, Kiramchi. The location and the temple itself is a delight for any visitor be it local or outsider.

This is a combo of natural and cultural beauty. Ramnagar palaces and fort are one of the best preserved monuments of J&K. Kulwanta nearly 30 km away from Ramnagar is a delight for natural tourism. One can enjoy the cool climate and open field throughout the day. Ramnagar apart from its culture is famous for its local cuisine Kalari and milk chocolate sweet. Many people who visited and tasted these cuisines became their fan.

Reasi is a district in J&K. Culturally, it has only Bhim garh Fort to its name and others are yet to be explored. Reasi is blessed with human and natural structures. The Salal dam site, the Siarh Baba waterfall, Nav Devi temple, Dhansar baba are some of the best places to visit with each spot having its own devotion and family picnic spots.The temples in these places are believed to be the "Kul Devtas" of many people . Reasi is incomplete if we don’t talk about Mat Vaishno Devi. People from all over India visit this shrine. Also, World’s highest railway bridge on river Chenab is under construction in Reasi district only. 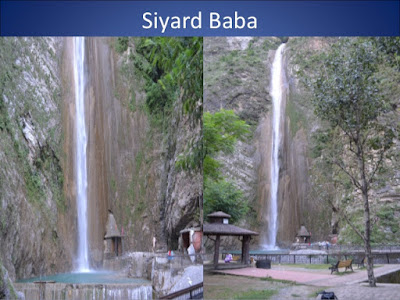 One of the famous spots in J&K is this trio. The serene beauty and the pleasant weather are the two beautiful eminence of these places even in the scorching heat of summer Roads to these places are open throughout the year except during heavy snowfall in winter. One can visit this place anytime owing to its climate. You don’t require A.Cs in these spots. In Kud, you can enjoy the locally prepared sweets. You can categorize these sweets as must haves. One can easily find hotels from kud to patnitop. You can enjoy the beautiful environment in patnitop and sanasar. Sanasar even has amusement for kids as well as grown up. One can also visit centuries old Nag temple in Sanasar. The new ropeway is also a major attraction with its panoramic location above deodar and pine trees.

These locations are on the way to Patnitop but gets separated at chenani. Nearly 24 km from Chenani, the ancient temple of Sudhmahadev has a reference from ancient times. It is believed that the trident (Trishul) used by God Shiv to kill the demon still stands there and the shivlinga has no outlet for water.

Mantalai developed by the Late Prime Minister Indira Gandhi’s guru Dhirendra Brahamchari, the area is a beautiful spot and has huge orchid as attraction. Recently, Govt of J&K is also developing the area to attract tourism.

Another example of culture and nature mix. One of the major attraction is the Atal setu bridge and Purthu. Purthu has been dubbed as a beach due to its landscape and panoramic view. Also, in basholi, one can visit the ancient temple of 10th century "Trilochannath temple" locally called Mahadera. The temple is in close vicinity to the artificial lake Ranjit Sagar Dam. Another ancient temple by the name "Ancient Shiv temple" is in Billawar (locally this place is called Bolour) and the town itself is of historical importance since it is believed to be established by Arjun’s son Babruvahan. Sukrala Mata is another famous shrine dedicated to Goddess Kali is also in Billawar. Billawar is 55km apart from Basholi.

The best time to visit this place is in pre winter, winter season and yatra time. One can enjoy the local cuisine and culture of the hills. The region has started to experience tourist flow, but still majority of the area remains virgin to tourism. The famous Pangi valley route to Himachal starts from kishtwar region. Kishtwar is also famous for Machil Mata yatra. The area is famous for adventure lovers which include trek and bikers/cars en-routing to dangerous yet adventurous valleys.

We will get back with 10 more places to visit in Jammu region with adventure and religious focus and will try to cover the remaining areas of Jammu region which one cannot miss out.