- June 25, 2020
Citizenship Amendment Act popularly buzzed as CAA has been in the spotlight since it was introduced in the Parliament and gained momentum tremendously when it was passed by the Parliament. Since then, it has been in news for all bad reasons with Delhi riots hitting the headlines of all major media channels. Some dubbed it as the draconian law, some labelled the present Government equivalent to Hitler's Nazism, some painted it as fascism. Political parties, media, NGO's, religious bodies, educational institutions, nations with vested interest and even international organisations UNHRC have jumped into the much anti-muslim labelled Act. Before busting the myth around the Act, let us examine the allegations that have been debated around the so called controversial act.

Before going into the muslim aspect of the act, testing the act whether the is it really violating the Constitution and if yes, why the Supreme court which is regarded as the guardian of the Constitution is silent on it. Many has dubbed that it violates secularism, Article 14.

CAA to clear the air is an amendment to the Citizenship Act 1955. Under the head of naturalisation, any person can become citizen of India if he/she qualifies a certain criteria. As per the Constitution of India

A person can acquire Citizenship by naturalisation if he/she is ordinarily resident of India for 12 years (throughout 12 months preceding the date of application and 11 years in the aggregate) and fulfils all qualifications in the third schedule of the Citizenship Act.

The amendment has just reduced the period from 11 years to 05 years for the persecuted religions in three neighbouring countries and that to who had entered India upto 31 December 2014. Thus, muslims can get citizenship only after spending 11 years as per original act. Classification on the basis of religion is not unconstitutional per se. The amendment has just given relief of 6 years to the persecuted communities and they need to follow the procedure to get that too. Our Constitution specifically have provisions related to religion disguised as special provisions for minorities. To quote, I take the original text from Govt of India Gazette published without any alterations to let people decide.

In the Third Schedule to the principal Act, in clause (d), the following proviso shall be inserted, namely:— 'Provided that for the person belonging to Hindu, Sikh, Buddhist, Jain, Parsi or Christian community in Afghanistan, Bangladesh or Pakistan, the aggregate period of residence or service of Government in India as required under this clause shall be read as "not less than five years" in place of "not less than eleven years.

Now, the loudest of all voices that mention that it is anti- muslim and will throw them out of India. To be very clear, the law have no provision to take away citizenship of any citizen of the country and no muslim have to prove his identity alone. If that would had been the case that a particular religion or community had to prove its nationality, it would had been bluntly un-constitutional. But again, it is not the case.
Therefore, the Government as well as all concerned parties should clear the air to people and appeal to stop such violence as it has already engulfed more than 40 people's lives and affected thousands of people and damaged property worth crores. peace should prevail and society should develop to take the nation forward and not towards era of darkness.
Indian politics 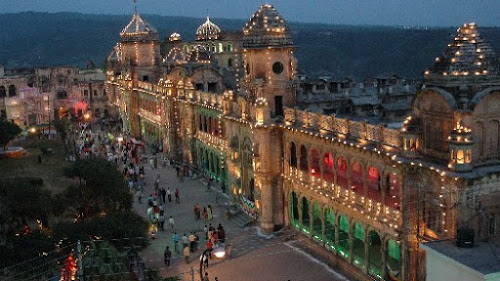